As a marketing representative and sales professional, understanding the prospective customers and where they get their information before making a buying decision and what factors help in influencing those decisions is always and very crucial. To help shed some light on how the purchase decision-making has changed over the past century, we would tackle the article below.

When it comes to identifying cultural trends from the past century. we often focus our attention on what people were buying. What types of clothing. What types of music. What types of food. But there’s another side to this consumer story that‘s easy to overlook: How were people buying? Where were they getting the information they needed to make informed purchase decisions’?

A SIMPLER TIME
Newspapers, magazines, billboards and other printed advertisements dominated the retail industry Product discovery was relatively organic, as shoppers passed new goods in stores or noticed ads throughout their daily activities. The Sears Roebuck and Montgomery Ward extensive mall-order catalogs enabled consumers to order anything from buttons to materials for building homes.

THE RISE OF RADIO ADS

The transition from written to spoken news and entertainment threw the marketing world a curve ball. Audible advertisements for seemingly every product imaginable for this average U S emerged during “commercial breaks” in radio programming.

In 1929 saw the ‘Black Tuesday‘ stock market crash trigger the Great Depression. which wiped out Americans‘ savings. At the start of the 1930s. 12 million American households owned radios. By 1939, that figure had jumped to more than 28 million.

During World War ll. Americans were asked to be conservative with purchasing products (such as gasoline, steel, rubber, coffee
butter, oil, and meat) to prevent shortages.

Unemployment averaged nearly  18% between 1935 and 1939, America’s entry into World War ll in 1941 ushered
the end of the great Depression.

THE RISE OF TV ADS
Television reached critical mass in the mid-195os. when TVs penetrated more than half of U.S homes. This helped give rise to the ‘Mad Men‘ era of advertising, and automobiles became the great American status symbol.

The Diner’s Club card (an early version of the credit card) was invented in 1949. Enabling customers to dine out while
leaving their wallets at home. Two years later, more than 20.000 people had one.

During the post-World War ll economic boom. families moved mass to new homes in the suburbs. The 1950s turned out to be a heyday for door-to-door sales. as salespeople found success selling to suburban families during the day.

BABY BOOMERS HOLD THE POWER
The 1960s saw an increase in economic prosperity, with disposable income and leisure time at their highest levels ever. After the Vietnam War. Baby Boomers began coming of age, and sought to make changes in everything from social issues to arts to marketing.

TV EXPOSES ALL 1975 – 1985
Fully aware of how to use multiple channels to reach broad consumer audiences. advertisers exposed the average Americans to an estimated 1.600 ads per day during this time. People read ads in their morning papers, heard them on their car radios. watched them on their TVs, and even received them in the mail. By 1976  69 million US homes each had at least one TV. skyrocketing ad spending to $5.9 billion.

INTRODUCING THE PERSONAL COMPUTER
The personal computer industry began in 1977 with the introduction of three preassembled. mass-produced personal
computers: the Apple ll, the TRS-80, and the Commodore Personal Electronic Transactor (PET). These early PCs would help pave the way to giving consumers access to a revolutionary new source of intormation: the Internet,

The Advanced Research Projects Agency Network sent the first~ever spam email to a 400-person recipient list on May 3
1978-promoting a product presentation  for a new line of computers. Decades later. consumers would start using spam
filters to block out these types of unsolicited marketing messages.

NEW TECHNOLOGIES
The 1980s saw the mass adoption of several new technologies that would impact consumer actions. TV remote controls allowed viewers to switch channels  more easily, while VCRs made it possible for viewers to record programming. Both technologies made it easier for consumers to skip over interruptive ads.

Online shopping took off, with eBay and Amazon at the helm. The 1994 launch of Hotwired marked the start ot Internet advertising. For $30,000, sponsors could place ads on the Hotwired website for 12 weeks.

Email and search marketing emerged during this period, as Internet usage surged across the country. It seemed wherever people went on the Internet – even on newly popularized blogs – they’d see product ads.

With mobile devices and social media now ruling consumers’ daily activities, many companies are turning to inbound tactics in order to attract, convert. and close customers. Rather than interrupting people with ads, they’re creating valuable content and making it easy for potential customers to find and engage with them online.

With Thanksto Hubspot.com for this graphic. 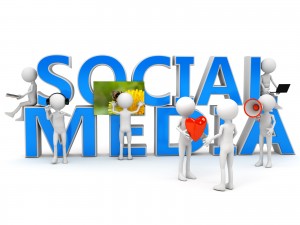 Nowadays, the use of Social Media is a very effective tool to acquire clients and reach the target audience, especially when it comes to reaching prospects and communicating with your consumers. It keeps you updated on what the people want to have and what they use and do every now and then. Social media helps you build links which supports SEO, as well. A lot of people are using social media platforms to keep them updated with the use of the platforms news feed. 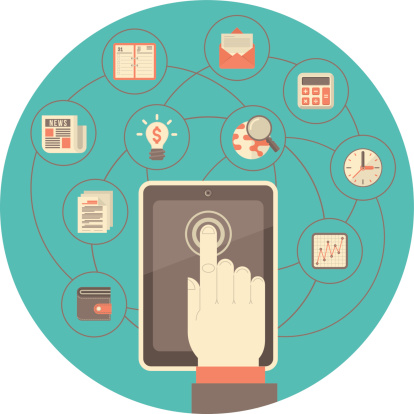 Social media agencies aim to help a business effectively promote its brands across the different social media platforms in less time. This helps the business save time, money and effort and lets the company focus on other important things like their current clients and doing what they do best and leaving what they do not do expertly to the social media experts.

When you have your own business, you would always want to reach potential clients. Social Media is very useful when it comes to communicating with your friends, family and even customers. Do you often wonder how to use social media to drive traffic to your website? 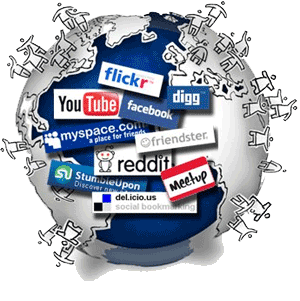 Social Media  is one of the best tools that we have right now and it is available for everyone. So, do you want to know how to use social media to drive traffic to your website?

Here are some tips on how to use social media to drive traffic to your website from us!

Using Social Media To Drive Traffic To Your Website

Second step is to make the people want to know more about you. It is easy to post status and follow your customers online, but how can you engage with them? Honestly, you can not just throw them messages and hope that you can be lucky to catch them at a good time. The trick is you need to get involved with them and with what they share online.

You should know how to speak with them or let them speak for you. Let them become a part of your brand such as posting the photos of your customers on your wall, sharing that they have purchased or used your product, so they would feel appreciated and they would know that you are reaching out to them, as well.

Third is to be real and let people relate to you. Let your customers see your real personality, share them your ideas, experience and values in life. As we all know, everyone can relate to each other in different ways. Let them feel that you can be a friend and not just a business partner or owner.

You can do this by simply sharing your company’s story or your own experience while putting up the business. Lastly, is to deliver on your promises. There will never be a magic potion to getting people like and love you in the world of social media.

Your brand needs to have values and that that is to give the customers what you have promised. At the end of the day, you will know if you are satisfied with how you use social media to work with your customers if you feel that you have followed these steps.

A really interesting article by Oliver Milman from Startupsmart,  How is your business set up to take advantage of the emerging trends in 2013.

While around half of Australia’s small businesses still do not have a website, it appears that those who are keeping pace with the advance of the internet are becoming increasingly savvy in how they use it for marketing purposes.

The Big Australia digital report released this week by Responsys shows that businesses are getting better at singling out and targeting their customer base.

The report’s survey of 125 digital marketers found that 74% are prioritising targeting of campaigns rather than volume.

However, knowledge gaps do remain, with 57% of respondents admitting that their businesses aren’t fully aware of how to properly execute successful online marketing activity.